1. While the situation has been addressed, whoever put mulch and dirt on top of a bed of rocks is not my friend.

2. Until yesterday, I had no idea how many different types of hostas there were. After studying up on them in a BH&G feature, I picked out my favorites. 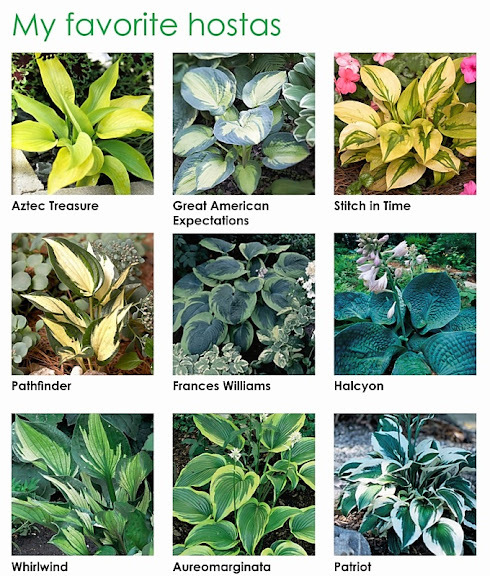 3. After looking at so much hosta awesomeness, I found it necessary to go out and buy a hosta last night. I picked the Frances Williams, aka, Francie.

4. Of course, going to a garden center to buy just one thing is rather impossible – so I also left with geraniums, celosias and delphininiums.

5. Celosias still hold the award for Brent’s and my favorite flower. Brent thinks they look like colorful Christmas trees. 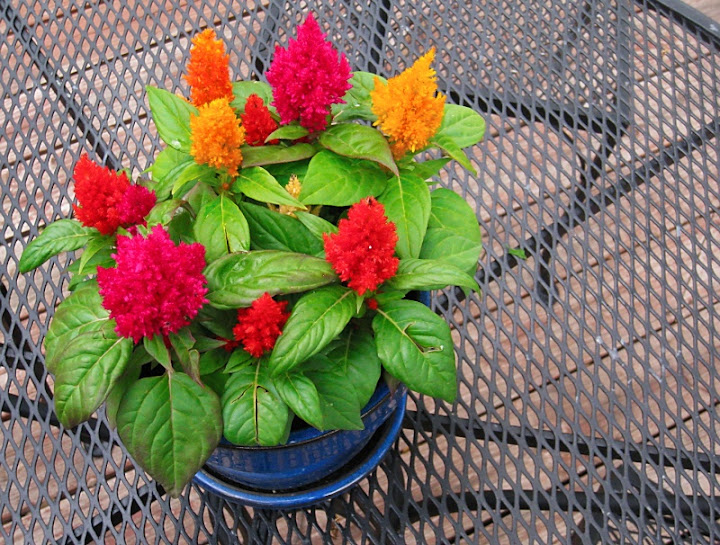 6. I had to replace my first pot of flowers over the weekend. I switched them out with begonias, because those things are survivors. 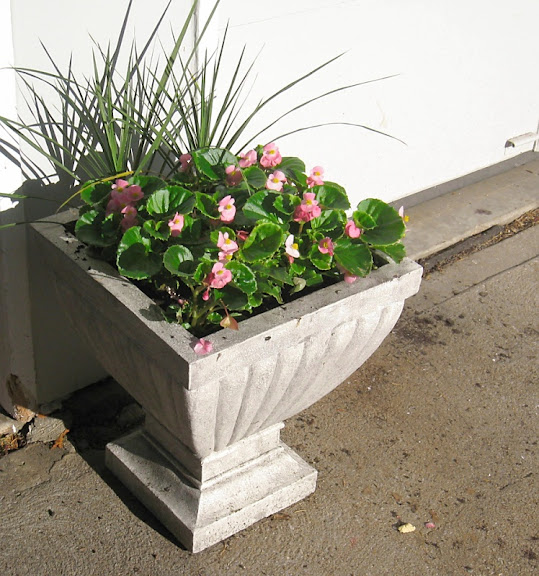 7. I remembered why I don’t plant flowers into the ground in the backyard. My dogs are flower abusers. RIP zinnias. You were pretty while you lasted.

8. All my other flowers are doing great though. Look how much the ones on my deck have grown since my first post. 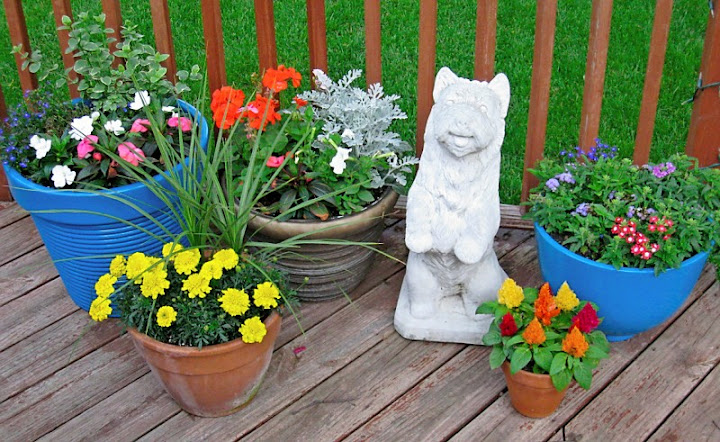 9. We finally bought something to contain the hose madness. This has made my life so much easier. Definitely $30 well spent. 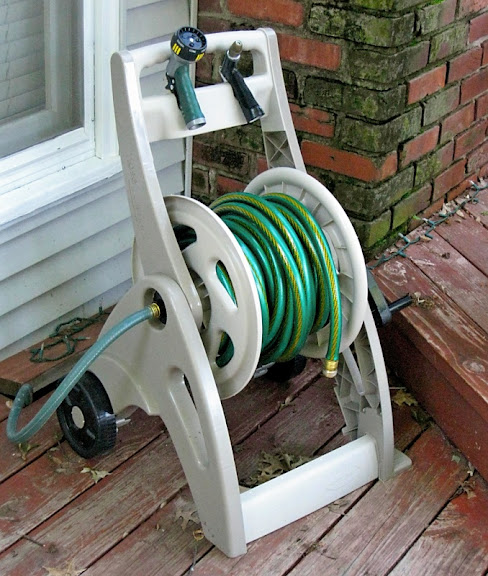 10. After more online research, I learned what 2 mystery perennials in the backyard are. I have lilies of valley and bleeding hearts. 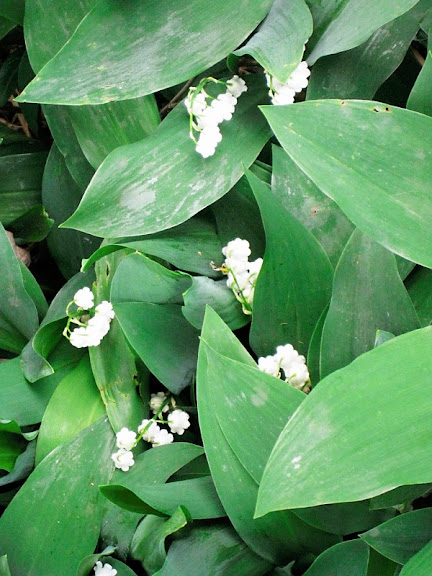 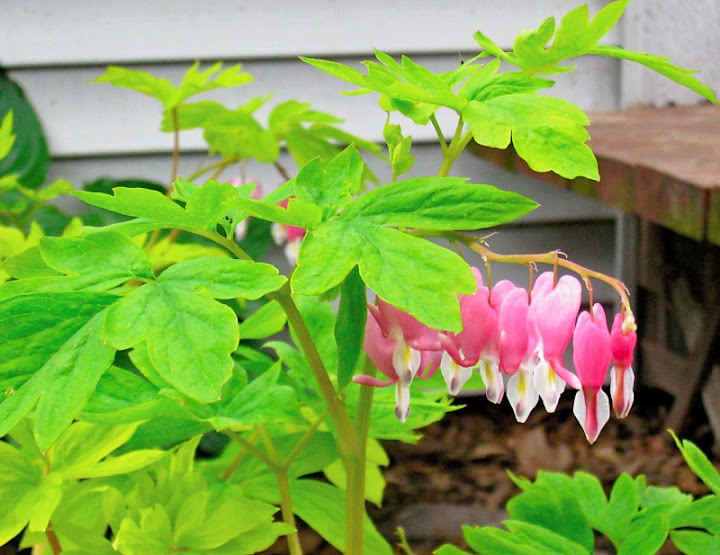 Posted by Ashley @ Decorating Obsessed at 11:37 AM