If I get pregnant again, the odds of needing a heart transplant is a considerable one. Death would be another possibility.

Yet somehow my health risks wouldn’t matter, because my imaginary fetus would carry “personhood rights” while I’ve been downgraded to the status of a farm animal. Who cares what happens to the mom? After all, it’s not like women matter.

Each week, there seems to be a new bill on the table somewhere stripping away more women’s rights.

A bill is getting ready to pass where I live that would allow doctors to lie to women about being pregnant if they suspect the mom might have an abortion. I guess with my pregnancy-induced heart condition, I would now fall into this category. I don’t see anything wrong with a mother choosing her own life, when a fetus is putting her life in danger. And I don’t think I’m a terrible person for having this belief.

While my husband will be having a vasectomy soon to prevent us from having to make that heartbreaking decision, I can’t help but wonder about the women who don’t have this option. In fact, some hospitals won’t even perform hysterectomies (even lifesaving ones), because they go against their "values.” The fact that any hospital would value death over life is absolutely disgusting.

And just when I think Republican men can’t dehumanize women anymore, they take their douchebaggery to a new level. This week, Georgia is debating a bill that would force women carry stillborn babies until they “naturally” go into labor, because that’s what farm animals do. The point of this is absolutely baffling. The fetus is dead. The only intention from a bill like this can be to cause women emotional trauma…while putting her health in jeopardy. It's like they are actively trying to kill women off.

I get that Republican politicians seem to switch out their wives for newer models more often than the average Joe trades in a car, so the topic of unconditional love might be taboo to them – but most men don’t want their wives to die. Especially when something as simple as birth control (or having a doctor be honest) could save them.

I never thought women would have to prove themselves to be worthy of human rights. We are moving backwards. It makes me terrified for what rights my daughter may never have. 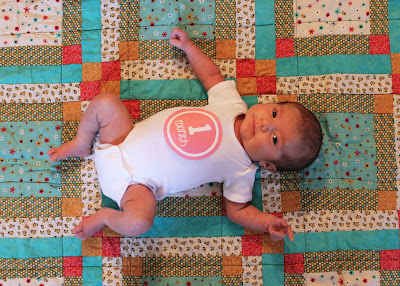 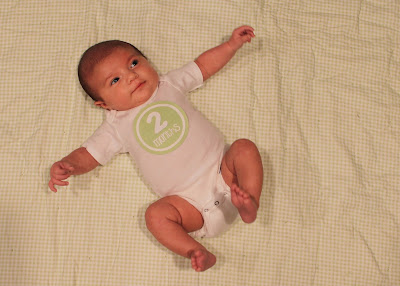 Not only have we hit the 2-month mark, but I return to work on Monday. I can't believe it has been 9 weeks (well 2 weeks at the hospital and 7 weeks at home).

As hard as it will be to leave Audrey, I know going back to work will be good for me. With all the changes to my life (mommyhood and heart issues), nothing is the same anymore – so a little normalcy will be good for me.
Posted by Ashley @ Decorating Obsessed at 9:12 PM 3 comments: