The Upstairs - Chapter 8 (the hallway)

Originally, I had plans of ripping out this carpet when I ripped it out of the office and third bedroom, but then I discovered it was in similar condition to the stairs (unfinished with paint splattered all over it). So, my plans changed, and I decided to suck it up for awhile longer because I wasn't in the mood for another staining project.

I was so right. 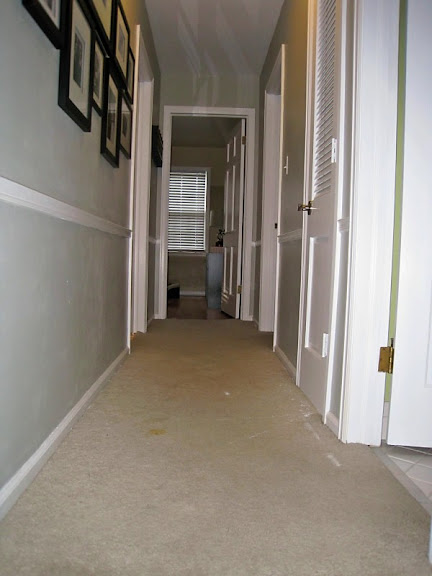 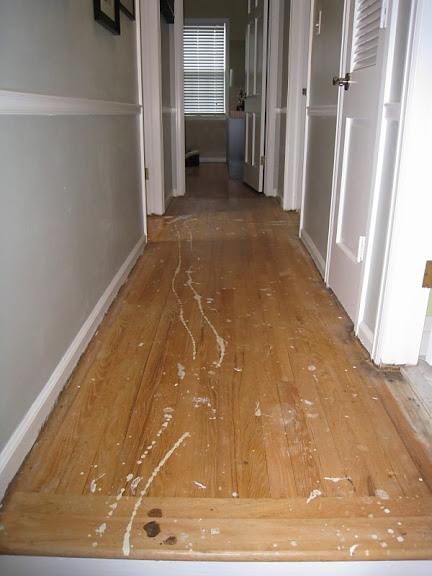 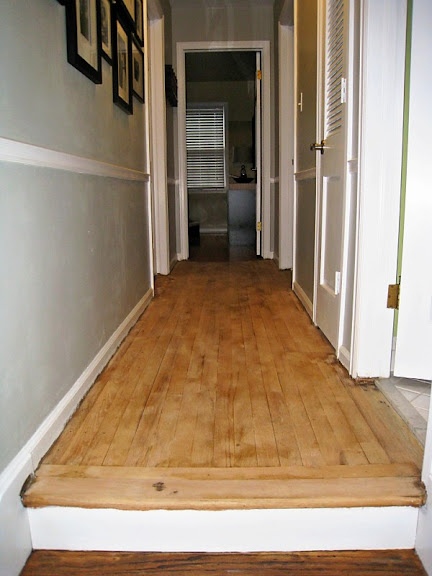 This floor has even been Chip tested and approved: 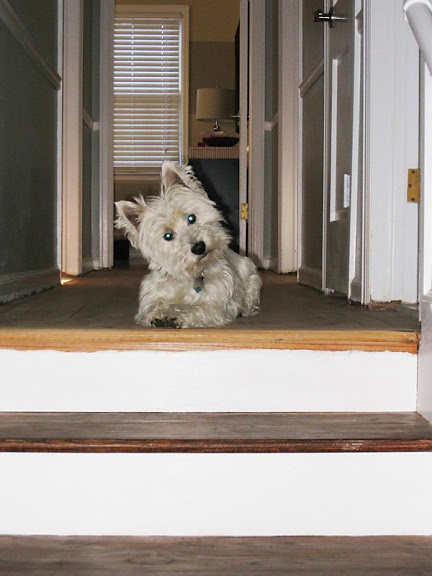 While I definitely have plans to stain the floors, my only goal is to have it done by August. So when I get it exactly get done is a mystery.
Posted by Ashley @ Decorating Obsessed at 9:00 AM