The Upstairs – Chapter 2 (The office) 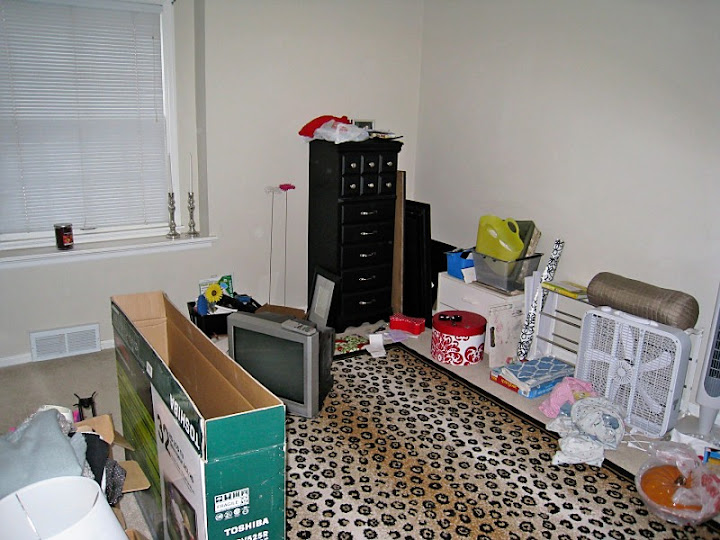 Yep, this is currently the room of crap (or as Brent calls it "the R.O.C.") I'd like to say the current office won't be subjected to this madness, but that would be a lie.

I'm thrilled with the progress made in the future office this weekend though – all painting aside from touch ups are done. This is huge. I was beyond terrified about doing the stripes, but it really wasn't too bad (details are further below).

The paint colors I picked were by Glidden (thank you Home Depot for the $15 gallon sale) – Whispering Wheat (the base color) and Soft Suede (the darker color). I've only used Glidden once before, and that was on the buffet, but once again I was really happy with the paint quality. 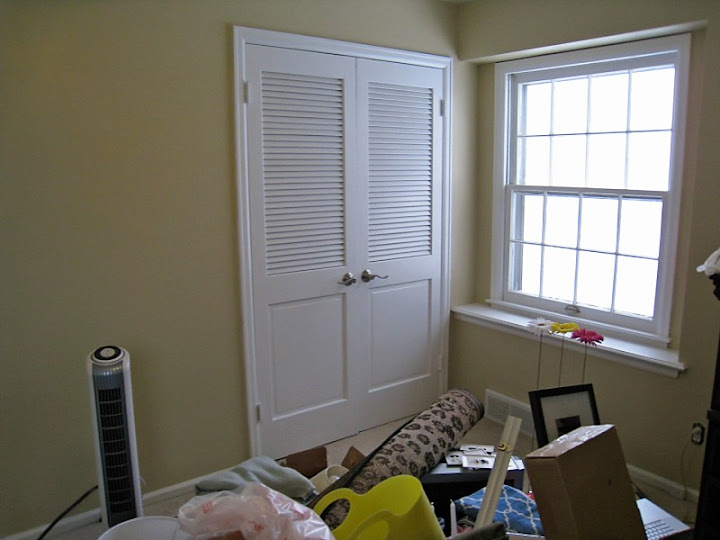 Once the base color was on, the measurement fun began. This was definitely a trial-and-error process, and for Brent and myself, third time was the charm.

Measurements: Round 2
We decided to measure up from the baseboard for all measurements every foot or so. While this also made a lot of sense at the time, we weren't planning on the unevenness of the baseboards. So, 23 inches was definitely not 23 inches in all places. This would lead to lines going slightly diagonal, which would look terrible once furniture was added.

Measurements: Round 3
What we should have done all along – just measure in one corner – and then use the level just based on that. The baseboards and ceilings may not be perfect, but this way we know our lines are straight. Brent did all the measuring, and it took him about 30 minutes to do the entire room. (How did it get done so quickly? Brent has a beast of a level that's about 3-feet long).
------------------------------------------------------
So while the laser theory would have worked looking back, I'm happy we did it all with the actual level. Why? Because with those pencil lines I knew exactly where to put my tape, versus the sketchy lines I was making from tracing the laser line. 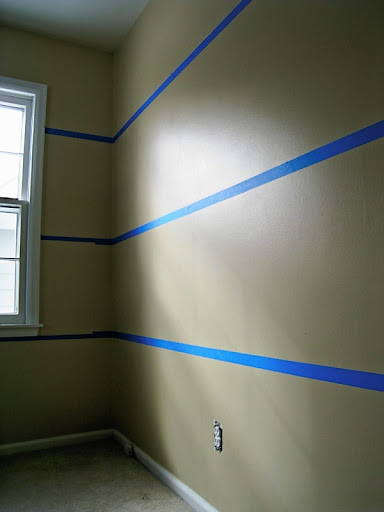 I did debate awhile about the stripe itself – small or big. I love the smaller stripes like Michelle from Three Men and a Lady has in her entryway, but after much debate, I realized that wasn't me. I decided my stripe philosophy was go big or go home.

I'm so happy I went big, I love how it looks: 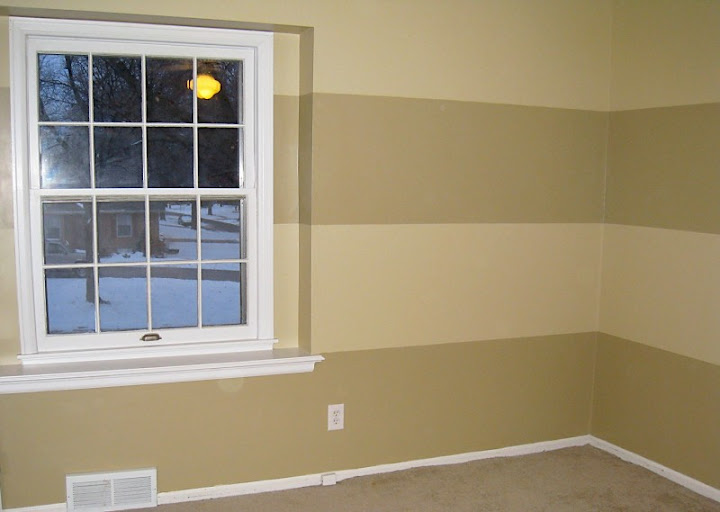 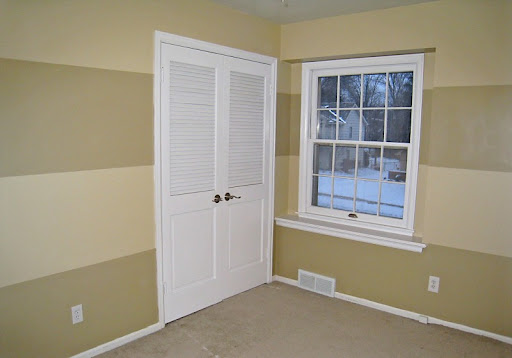 Paint Tip: I don't go name-brand that often for paint supplies, but painter's tape is something you cannot cheap out on. There is a major difference between the $7 and $1 tape. So don't do it, because you will regret it.

Up next: removing the carpet.
Posted by Ashley @ Decorating Obsessed at 6:07 PM