Inspiration From My Dad

I’ve always loved the office at my parent’s house. 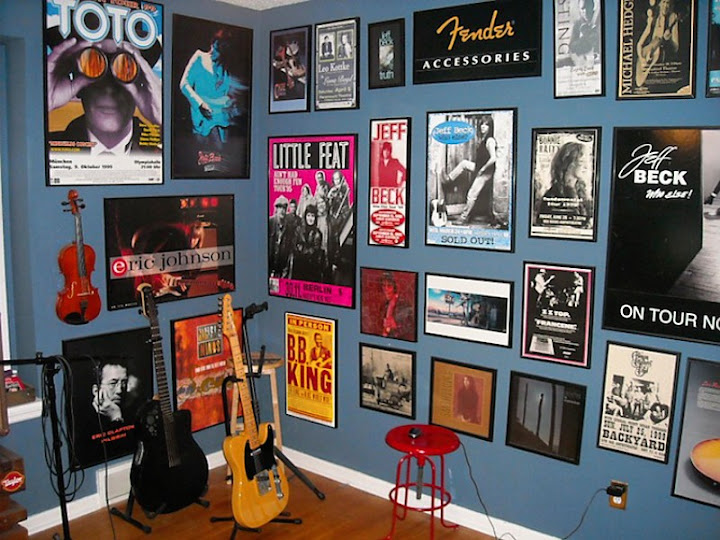 Since this room is my dad’s turf, it’s one of the few rooms he was actually allowed to decorate.
I was thrilled when Brent took inspiration from this room as well. We knew from the start, we had to do something like this in the man cave. With a plan in mind, the collecting started.

Here was the wall: Once I measured the wall, I taped off the measurements on the floor and got to work. 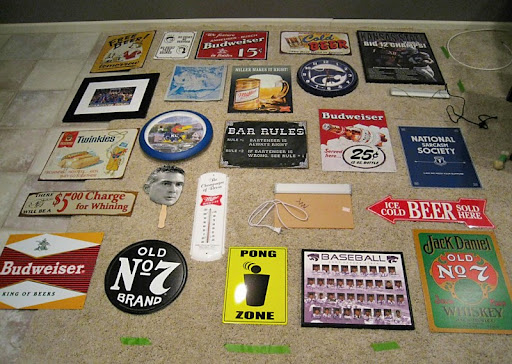 That was the originally plan, until I realized I forgot about something important: 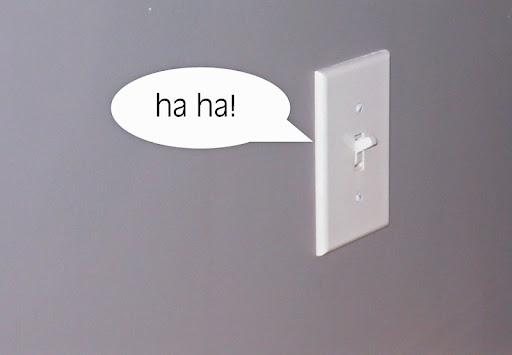 So, I played around with it some more. I’m really happy with how it turned out. 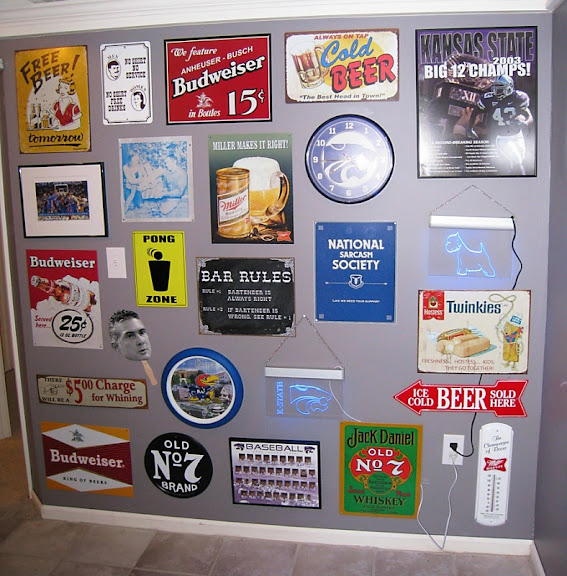 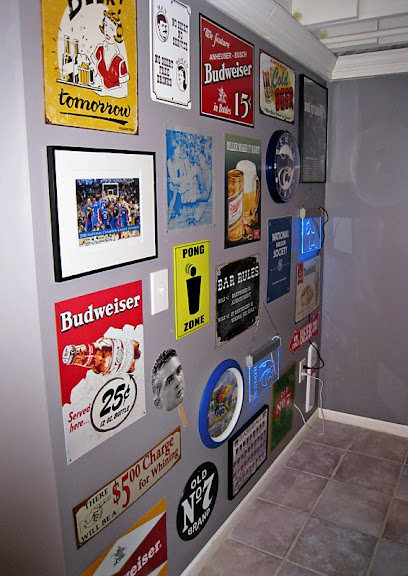 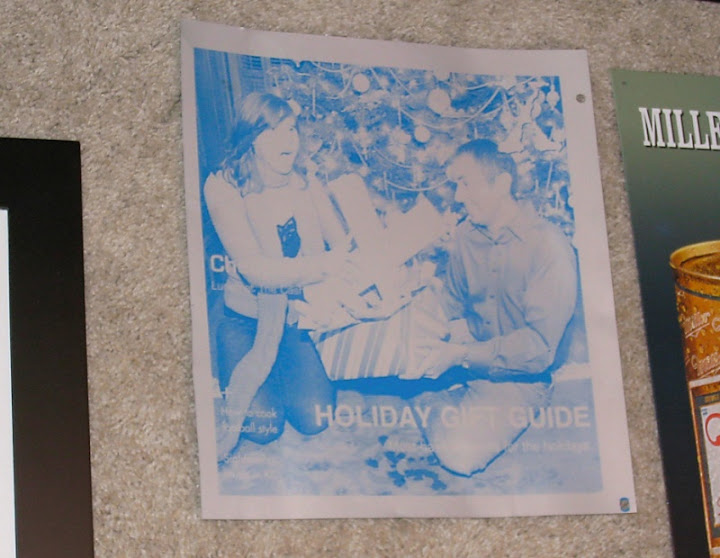 Right out of college, I was the design editor for a newspaper/entertainment tabloid. This was the first cover I staged, which featured Brent and my cousin Taylor as the models. This is the cyan printing plate of that December 2005 cover. I’m so happy this plate finally has a home.
Posted by Ashley @ Decorating Obsessed at 8:59 AM