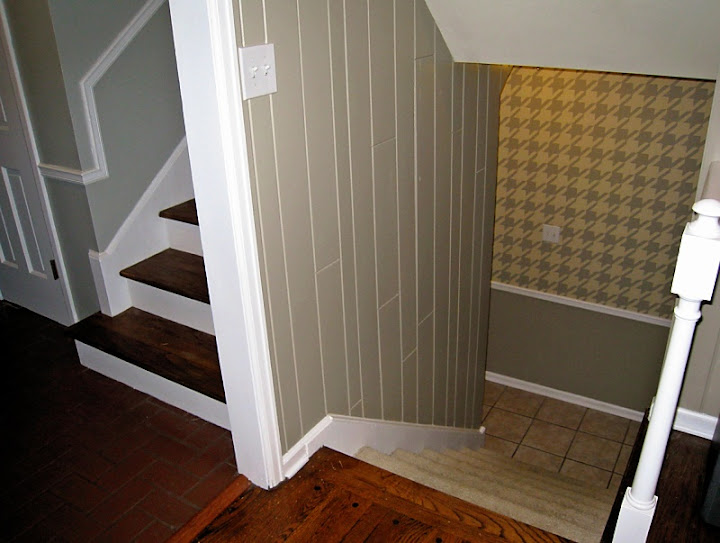 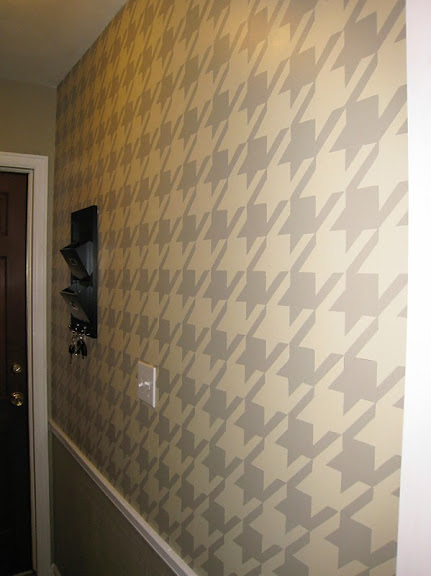 Was it the most tedious process ever? Yes. Do I love it and find it totally worth it? Definitely.

When I won a stencil from Cutting Edge Stencils thanks to DIY Showoff’s giveaway, I knew right away houndstooth was the only way for me to go. I was nervous that the stencil would be a single houndstooth, so I was thrilled to discover how large the stencil was when I got it in the mail. 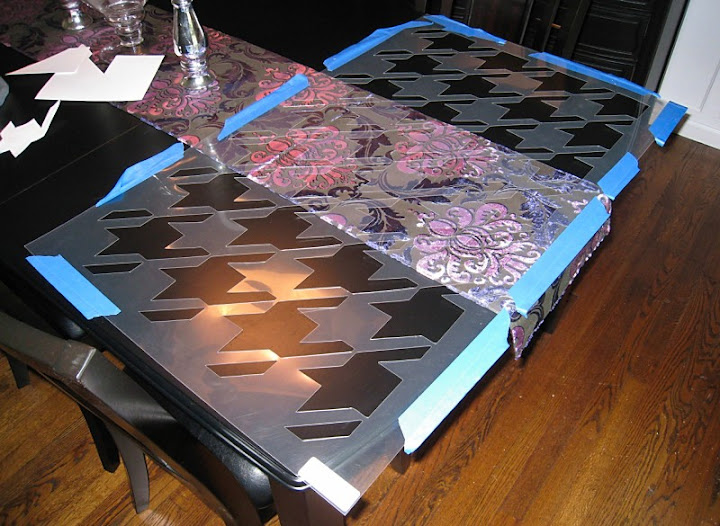 My biggest issue with the stencil was there was no way to keep the middle part flat against the wall. The instructions said to paint with a sponge roller –but not only would that get messy but I would not get the crisp lines I was wanting.

So I decided to use the stencil to trace the pattern onto the wall and then tape everything off. Yep, the project I envisioned to take me a day took me 4 weeks. 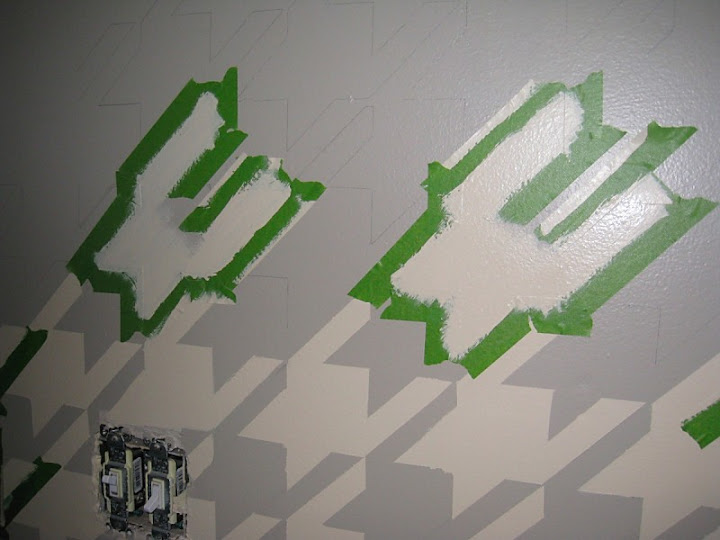 Some readers wanted to know how I fly through so many audio books last month – paint a houndstooth wall and you’ll figure it out too. ☺

Honestly though, it wasn’t as bad as it sounds, once I figured out a system. I got the majority of the project done over 3 Sundays, so I don’t feel as though I was slaving away or anything.

Considering the stencil was free, I only spent $18 and that was on painter’s tape. I used leftover paint from my office stripes.

Two things you may be wondering…
1. Yes, I still plan on doing an argyle wall.
2. I went through 2 ¼ things of Frog painter’s tape. (I’m a tape saver, and once each side once).

My painter tape props…
When I saw all the bleed-throughs that were happening with the Scotch painter’s tape, I made a trip to Lowes to try Frog. (Don’t waste your time going to Home Depot or True Value – they do not carry it…at least not in Kansas City). This was my first time using Frog painter’s tape, and I am a huge fan. While I still had to do a couple of touch ups where I used Frog, it was nothing compared to the area I used Scotch. Frog just earned themselves a new customer.
Posted by Ashley @ Decorating Obsessed at 7:30 AM