The "slide in" shelf

The one thing I hated about the nursery was the attic access (aka: cabinet door) on the wall.

I mean, how is this not noticeable: 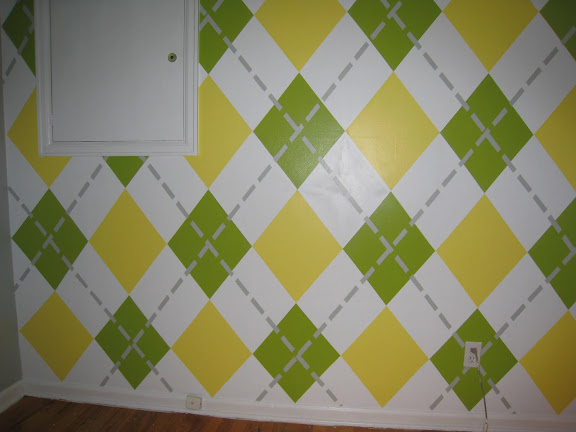 So, I started debating my options, because, well, this was just not acceptable. I toyed with the idea of a large picture or other ways to hide it. Then one day I realized I was going about it the wrong way – don't hide it, embrace it. And that's where the concept of my "slide-in" shelf came from.

While we currently don't use our attic, we didn't want to block off access to it. So I came up with the concept of a built-in looking shelf that could slide out when necessary, and then put Brent to work.

The first order of business was to go through the cabinet, which was super exciting because I found my houndstooth stencil (so I can finally repair the hole). 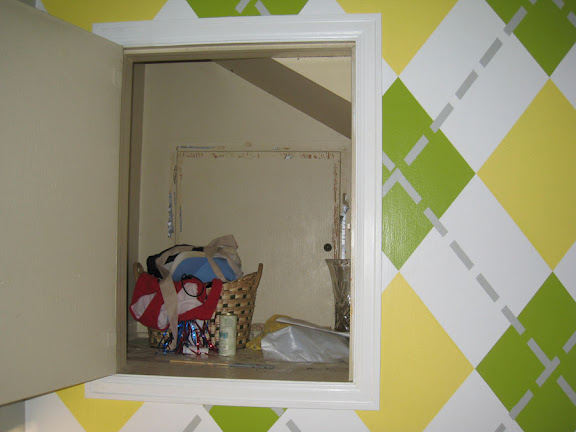 Then we cleared it out: 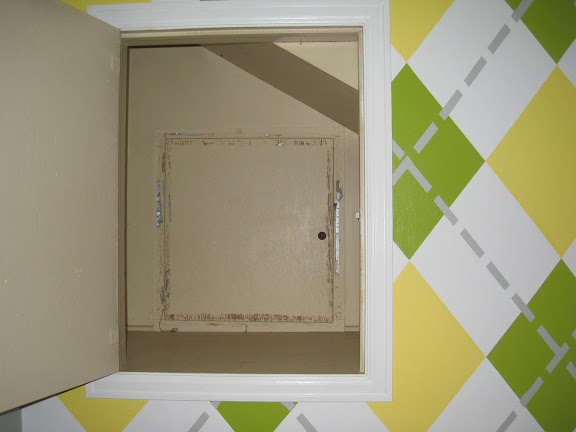 Now it was time for measurements. We still managed to have scraps leftover from the man cave built-ins, so this was another free project. Brent didn't want to deal with the angle at the top – so we put a permit board there, and had the shelving unit below that. 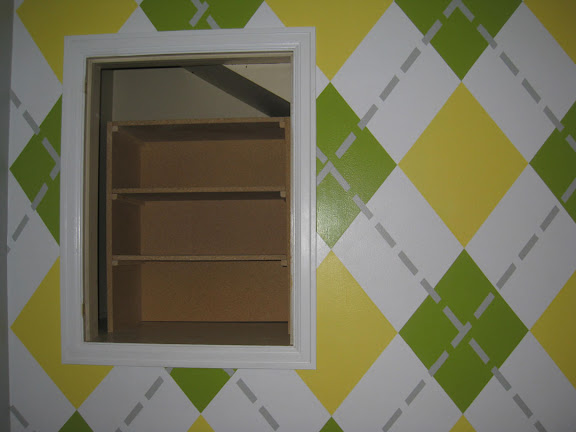 Once it was built, the painting began: 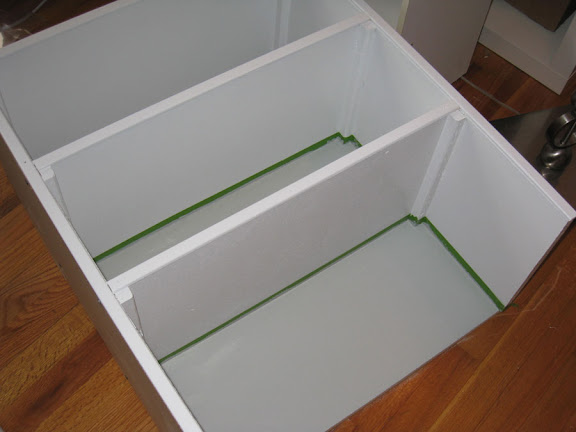 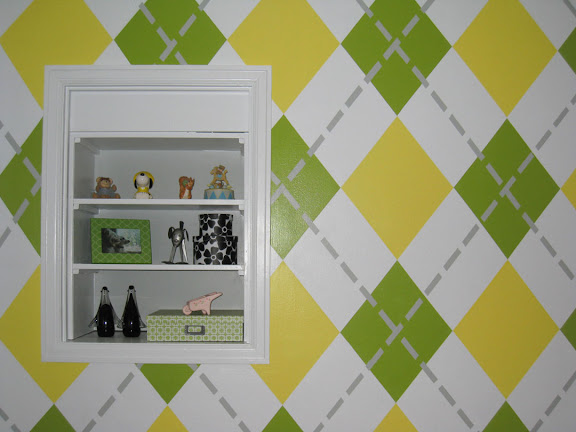 I am so happy with how it turned out!

I grew up in a 1920s cape code. There was detail everywhere and built-ins in every room. While this no nowhere close to that 1920s craftmanship, it does remind me of the house I grew up in and that makes me smile.

From eyesore to wow feature: 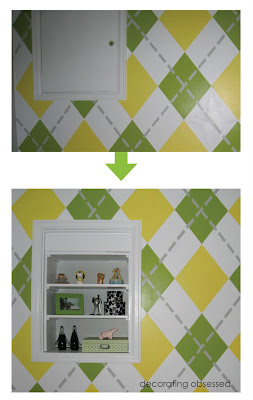