A weekend of purging

Spring cleaning is apparently happening a tad late in the Miller house this year. No closet is currently safe. I think the realization that we'll soon be acquiring a bunch of baby stuff is fueling this task.

While on this mission, I realized I have never gone through Macintosh and Chip's toys. Ummm...holy geez. Let's just say they are a tad spoiled.

Chip showing off part of his stash: 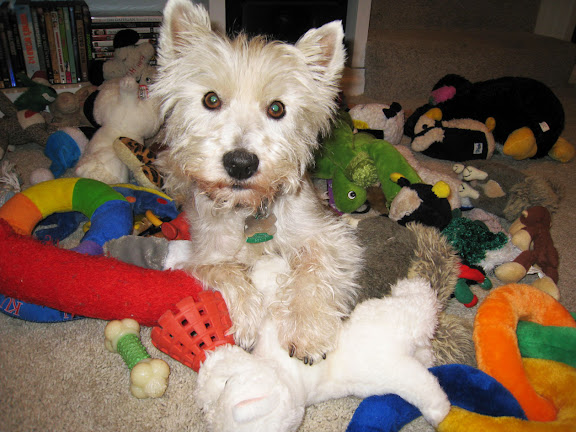 The donation pile for the local no-kill animal shelter: 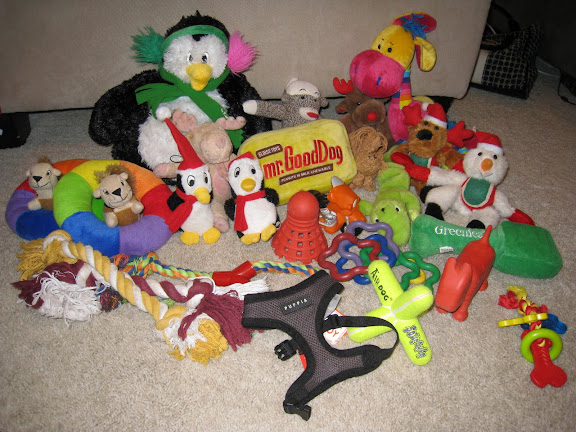 The donation pile is about 40% of the toy collection. I don't think I realized how out of control it was. Before Chip was rescued, he never had toys – so I know the craziness started when we adopted him. Toys became a part of birthdays, holidays, when Brent and I traveled and also just because.

I think it's safe to say Macintosh and Chip will be getting treats in their stockings this year.
Posted by Ashley @ Decorating Obsessed at 7:57 PM