I had no idea lacking a job would be so exhausting.

It's been almost 3 weeks and time has flown by. Of course, March Madness is definitely helping. Brent and I even brought down the TV from the master to help with our basketball fever. 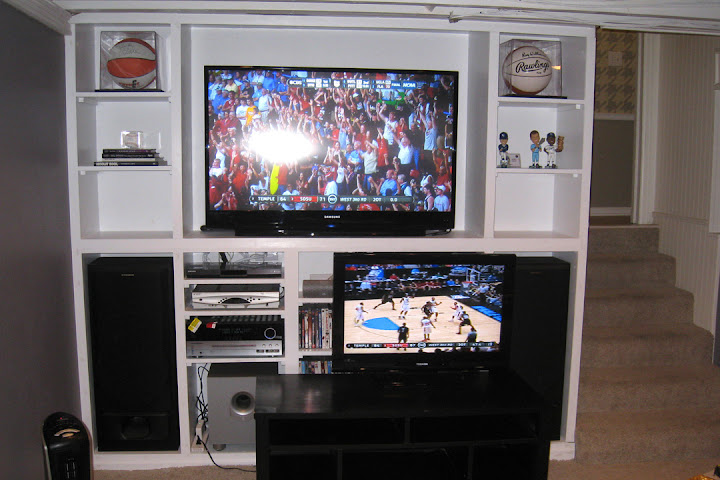 Brent had a friend in town, so we hosted an impromptu watch party last night. We got 2 pony kegs and took advantage of the kegerator for the second time (which were polished off at an alarming rate). It was so much fun. These were the type of gatherings I always wanted to host, and it makes me happy to finally get to.

Other than that, we finished off the side of the built ins. So, thanks to some bead board, it went from this: 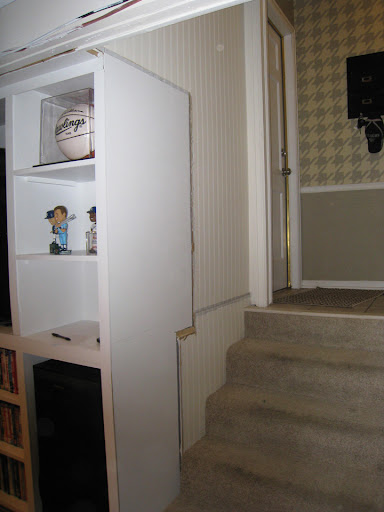 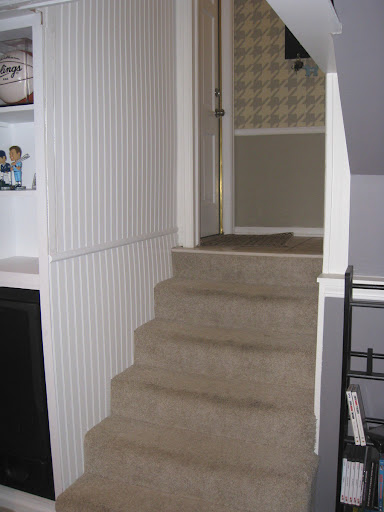 I can't wait to start the built-ins on the other side of the stairs (for the evenness and the additional DVD storage). Brent's decided to put a power and cable outlet over there as well, so he can acquire another TV. Such a guy, but I know next March Madness I'll be praising his TV hoarding.
Posted by Ashley @ Decorating Obsessed at 7:57 PM